The City of Pasadena Recoups $2.2M Thanks to Cody Burnett & the Audit Team

The City of Pasadena, California has been one of Avenu’s long-time compliance auditing clients. For those not familiar, Compliance Auditing is a service where Avenu examines a jurisdiction’s local ordinances and regulations to find tax gaps and irregularities from local business owners. Often, it is found that owners had not paid the correct amount. Using an educational approach, we provide taxpayers with best practices to prevent future errors and help collect funds owed to jurisdictions.

For every local tax type collected in a jurisdiction, Avenu provides Compliance Auditing, including Utility User Tax (UUT). Cities and counties may impose a UUT on users’ consumption of certain utility services that are delivered using the jurisdictions’ mains or pipes such as electricity, gas, water, sewer, telephone/cell phone, sanitation and cable.

Cody Burnett started with Avenu six years ago as a Compliance Auditor and now manages the Utility User Tax Audit team. He understands the ins and outs of audits and was noticing a trend with California clients in UUT. Acting on his expertise, he reached out to the City of Pasadena (a longtime Avenu Client) and suggested a specific UUT audit. 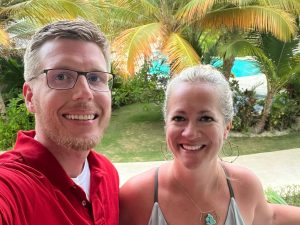 The City of Pasadena took Cody’s suggested guidance and found that the City was owed $2.2M. Within a six-month period, the audit was successfully performed, and money owed was collected. Both Cody and the City were thrilled with the results.

But that’s not the only reason Cody is celebrating. The even bigger news that has Cody kicking up his heels is that he just got married a few weeks ago. He and his new bride, Nicole, recently returned from their honeymoon in the Dominican Republic and are excited to start their lives together. Much Congratulations to both Cody & Nicole.