The Bad Rap of Friday 13th 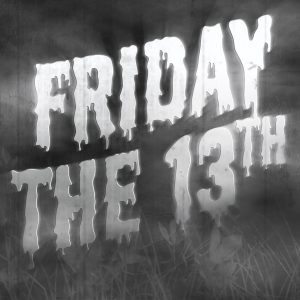 Friday the 13th has long been considered an unlucky day by many people around the world. The superstition surrounding this day is believed to have originated from a number of different sources, including religious, historical, cultural and pop-culture factors.

One of the main reasons why Friday the 13th is considered unlucky is due to the Christian belief that the Last Supper, at which Jesus was betrayed by Judas Iscariot, was held on a Friday. This event is seen as the beginning of the end for Jesus, leading to his crucifixion on a Friday, which is also considered unlucky.

Another reason for the superstition surrounding Friday the 13th is the number 13 itself. Many cultures have long considered the number 13 to be unlucky, with some even going so far as to avoid having 13 guests at a dinner party or having 13th floor in a building. Additionally, the fear of Friday the 13th is linked to the fact that it is a combination of two traditionally unlucky elements, Friday and the number 13. The fear is often referred to as “paraskevidekatriaphobia” or “friggatriskaidekaphobia”.

In modern times, Friday the 13th has been popularized in pop culture with the release of the movie franchise “Friday the 13th” in 1980, which has only added to the superstition and bad reputation surrounding the day.

Despite the superstitions surrounding Friday the 13th, it is important to remember that it is just another day and that our actions and attitudes ultimately determine our own luck. Instead of letting superstition dictate our actions, we should approach the day with a positive attitude.