Mention the word “landline” to modern consumers, and you’ll likely get the same quizzical look as if you’d said “rotary phone.” As consumers shift almost uniformly to mobile phones and larger organizations rely on cable connections instead of DSL for their office “landlines,” the local income associated with telecom franchise fees has nosedived. Adding to the complexity of the revenue issue is the Internet Tax Freedom Act (ITFA) of 1998, which prohibits taxing internet usage – so, even though telecommunications companies are utilizing locally-owned phone lines to provide broadband internet access to residents, localities can no longer tax the services being provided like they used to.

However, creative minds have been working to find ways that accommodate the various federal statutes while still increasing revenue for local governments. In recent months, cities have started to pass legislation allowing localities to tax internet providers directly for using city right–of-ways (ROWs). It’s a highly technical loophole, but with broadband being at the forefront of the next major tax revolution, its one that your municipality may want to consider – and soon.

Elmore County in Alabama has agreed to use Avenu for processing revenue for sales and use taxes, while in Georgia, Floyd County has engaged Avenu to audit its hotels and increase compliance with the requirements of the county ordinance. Avenu also will support Georgia’s City of South Fulton with compliance audits of its business license and alcohol taxes.

As pressure builds for jurisdictions to fund services without raising taxes, programs like these help by increasing the amount of taxes already owed and ensuring the fairness of the tax system.

Avenu’s Vice President of Tax and Auditing Services, Jonathan Gerth, is bringing his expertise to Opelika, AL on Aug. 15 for a one-day business workshop in partnership with the Opelika Chamber of Commerce. Titled “Everything You Want to Know About the Collection of Sales Tax in the City of Opelika,” the one hour seminar is designed to educate local chamber members and potential chamber members on topics such as municipal business licenses requirements, how municipalities apply rental taxes, and the Supreme Court’s ruling regarding sales & use tax. Interested parties are encouraged to register online. Registration is $10 for Chamber members and $15 for prospective members. Lunch will be provided.

Avenu’s friends in the South may have spotted the Avenu booth at the 50th annual Alabama Municipal Revenue Officers Association (AMROA) Summer Conference at The Westin, Birmingham this week. A dedicated partner to revenue administrators around the country, Avenu is thrilled to be a Silver Sponsor of the event and support the professionals who help ensure their municipalities are fiscally secure. 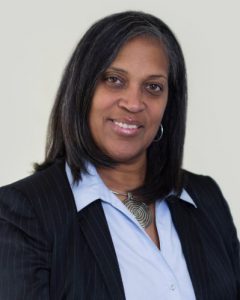 Avenu Business Development Executive Yolanda Watkins Bailey was on site throughout the event, answering questions, introducing Avenu’s tools and services, and listening to agencies needs and concerns when it comes to their financial matters.

“I love getting to meet Alabama’s municipal finance officers face to face and learning what helps them succeed. Avenu has such great resources available and I very much enjoy when we can show that to a local audience.”

If you missed Yolanda this week, feel free to reach out to her with any questions about Avenu or its services at ywatkins@avenuinsights.com. 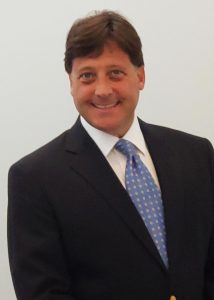 South Carolina’s city managers will be on the lookout for Avenu Insights & Analytics at the Municipal Association of South Carolina Annual Meeting. Taking place July 18-22 at the Marriott Hotel, Hilton Head Island, the MASC is a place for local government leaders to network, learn, and share their own insights on how to best manage the state’s municipalities. An avid supporter of local agencies, Avenu remains committed to helping South Carolina’s cities maximize their revenue and run more efficiently, and will be on site throughout the week. Look for Avenu Business Development Executive Adam Rubin at sessions – he will be ready to answer your questions regarding:

For any questions or to get in touch with Adam at the conference, reach out to him at adam.rubin@avenuinsights.com.

As silver sponsors of the ACCMA event, Avenu will be co-hosting the Summer Social on Thursday evening. In addition, team members will be on hand at the Avenu booth to discuss your city’s or county’s particular revenue enhancement or administration challenges. 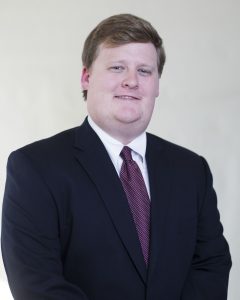 Avenu’s Yolanda Watkins Bailey, Perry Brasfield, Audrey Freemen and Randy Godeke will be present to answer any and all questions pertaining to:

“Avenu is committed to helping agencies in Alabama get the most out of their revenue. I look forward to meeting with local government leaders this week to work toward making a positive impact on our great state,” Watkins says.

Continuing its expansion, Avenu has launched an inside sales department and welcomes BC Alexander and Kaylee Yeatman as the first two professionals based in the Herndon, Virginia headquarters.

An Iowa native, BC joins Avenu with a background in both engineering and business development. His master’s degree in computer engineering and experience in IT security development give him a unique perspective on Avenu’s technical offerings, while his recent work in business management and marketing will give him an edge in helping Avenu’s clients find the best solutions for their specific situations.

Kaylee comes to the team following an extensive background in customer relations. Her strengths include interpersonal communication skills, customer service, and familiarity with tax credit properties thanks to her time as a leasing specialist. Originally from Maryland, Kaylee is now a Virginia resident and is looking forward to helping all jurisdictions maximize their financial potential.

“I’m excited to work for a company that is reaching out to work with and help local communities. Avenu offers the chance for local governments to grow and prosper, and I’m eager to be a part of that,” Kaylee notes.

“Our national footprint is generating huge amounts of field information. The use of an inside sales team is going to both better assimilate that market intelligence and allow our Client Executives to share more critical information with customers. It’s an exciting time for this business,” says CEO Paul Colangelo.

Following the impressive expansion of its East Coast team, Avenu Insights & Analytics is looking to add Client Executives to its team in Southern California. The news follows the announcement that Tracy Vesely, former Director of Finance in Hayward, has been hired to head up the West Coast Client Services group.

For those looking to advance their career in the field of local government, it’s a golden opportunity to join a reputable and rapidly expanding firm. As the client-facing members of Avenu, Client Executives are an integral part of the business and have the chance to meet face to face with the power players of local governments and agencies. As a remote employee, the Client Executive will also have the ability to work from the comfort of their home when not meeting with clients, a benefit that illustrates Avenu’s forward-thinking approach and dedication to leveraging technology.

This dynamic role is responsible for analyzing and communicating core products and services to local government leaders – including tax analyses and audit findings – in order to help them maximize agency revenue. Additionally, Client Executives train clients on Avenu products and services, and actively seek out new opportunities to grow Avenu’s customer base. Attendance at regional and statewide conferences is common, and providing cross-agency insights and experiences are core to adding value for Avenu clients.

According to Avenu, the ideal candidate will possess a strong technical understanding of local taxes as well as experience in local government and/or public sector sales and marketing. They will also be skilled networkers, ready and willing to attend industry events and maintain Avenu’s presence in the field. This position requires proven communication skills and the ability to present technical information to clients in a digestible fashion.

Candidates interested in a position with Avenu can apply via its online application.

The GFOA award recognizes the creative success of the initiative and the foresight of its founding cities (Bellevue, Everett, Seattle, and Tacoma) in creating a simple single-stop portal through which businesses can handle all their general business license and local tax needs. The award is shared with FileLocal’s additional participating cities (Lake Forest Park, Bremerton, and Renton) and with the vendors that have contributed to its success.

“FileLocal is a prime example of inter-agency partnership as well as a lesson in how to leverage the private sector as a partner,” says Kevin Fitzpatrick, program manager at FileLocal.”

Key features for local businesses and tax preparers include:

“Years ago, several thought leaders in local government came together to envision a solution to tax collection in Washington,” says Paul Colangelo, CEO of Avenu. “From that nascent concept, the founding cities pushed for innovation and with FileLocal, we have delivered. Increasing numbers of businesses in and around FileLocal’s participating cities benefit from this solution that is ready to roll out further to include additional cities.”

FileLocal (also known as Washington Multi-City Business License and Tax Portal Agency) is a public agency formed as a nonprofit corporation as authorized by the Washington State Interlocal Cooperation Act. The founding cities were Bellevue, Everett, Seattle, and Tacoma, with Lake Forest Park, Bremerton, and Renton having joined in the last year. http://filelocal.org/

View or download our recent webinar by Avenu’s Jonathan Gerth, Esq. on how you can get more funding from the franchise fees you collect from utility providers. Jonathan will cover how you can increase compliance with an ordinance review, pending legal challenges that can work in your favor, and how some fees don’t get included in your payments but should.

This free presentation addresses franchise fees from all categories of utilities:

Discussions will also include specific calculations to show what your franchise fee revenue should be!