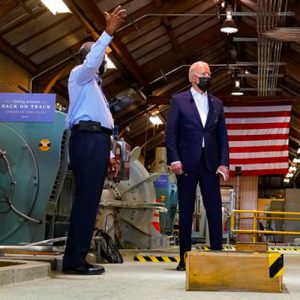 For over 20 years, Avenu has been providing IT Managed Services to the Sewerage & Water Board of New Orleans (SWBNO). For this effort, we partner with a Disadvantaged Business Entity and together employ 43 staff members (23 Avenu employees).

New Orleans sits 20 feet below sea level and visitors are always astounded to be outside and look up to see a ship going down the Mississippi River. SWBNO holds the responsibility for providing drainage and sewerage facilities 24 hours a day, 365 days a year, where and when they are needed and for providing drinking water to thousands of homes in the city.

President Biden made a recent trip to New Orleans to specifically tour SWBNO. Why? SWBNO has been using the same technology to drain the city since the 1910s. On 6 May, the President toured the SWBNO facility that houses the city’s century-old turbines – more than half of which are broken – that power a network of drainage pumps.

How and when did you learn about President Biden’s visit?

ITMS for the Water and Drainage Utility of New Orleans require many weekends and late-night calls.  Late one Sunday night, I received an obscure request for an urgent Monday meeting. It was there that local, state and federal leaders informed me of the upcoming POTUS visit.

What was the purpose of the visit?

President Biden wanted to tour and highlight SWBNO as a prime example of a facility that is in dire need of modernizing its infrastructure. The President specifically named SWBNO in his $2.2 trillion proposal to revamp the nation’s infrastructure and replace major components of our facility. 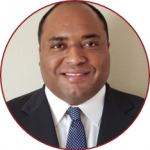 What was involved in preparing for the visit?

Communications and Security required support from the entire ITMS New Orleans Team, with greater emphasis on the Network Infrastructure Leaders, John Bonnee and Curtis Clark, who worked many extra hours to ensure success for the POTUS visit. SWBNO is on a 10-acre campus and preparations involved were around both security and communications. 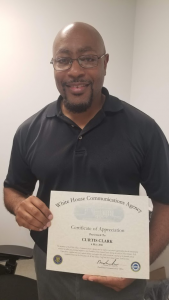 How did John Bonnee and Curtis Clark react to the situation?

It all starts with good character which both John and Curtis certainly have. They do great work every day and rose to the occasion. They forged a wonderful partnership with the White House staff who had nothing but glowing things to say about them both. I am so grateful to know that I can trust them with major projects without ever worrying.

I am so proud of John Bonnee and Curtis Clark, and to the entire SWBNO team. Last year we had eight named storms and direct hits come through which is an extraordinary amount for the team to deal with to keep the City safe.  I am so grateful to lead and work with such a wonderful team. They are the best!