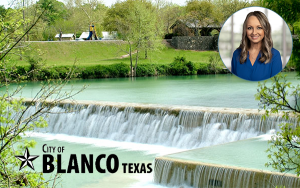 The City of Blanco, Texas awarded Avenu to provide the following multiple Audit services: Sales Use Tax (SUTA), Short-Term Rental (STR), Hotel Occupancy Tax (HOT), and Franchise Fee. The Blanco City Council voted in favor of the award last month, but it is thanks to Brandi Sanner’s hard work that started a year ago that led to Avenu winning the deal.

Brandi Sanner, Client Executive, began working with the City of Blanco’s City Manager a year ago to discuss Avenu’s SUTA services. When the City Manager left the deal went cold…but not for long.

Brandi was able to engage the new City Manager and explain the value our services would bring to Blanco. The new City Manager understood the positive impact that Avenu would have for both the City and his staff. He decided to move forward with SUTA, but he was also willing to entertain our other services including Short-Term Rental (STR), Hotel Occupancy Tax (HOT), and Franchise Fee.

We brought the bundled contract before the council and they asked the City Manager to put it through a formal Request for Proposal (RFP). Brandi assisted the City of Blanco staff in preparing the RFP, and strategically bundled ALL of the services they were interested into the proposal. This was key to Avenu winning the award because no other company can easily meet these requirements without subbing some of the work to other companies, so no one even responded.

Avenu won the RFP process. Last month, the City Manager brought his recommendation to the council to hire Avenu for all services, and they voted in our favor. Avenu is currently in the legal review stage of the contract which is expected to be signed very soon.

Congratulations to Brandi Sanner and the Texas Audit team for the hard work that went into winning this award!