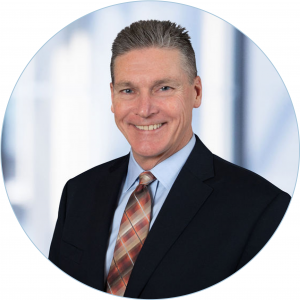 As a three-term state treasurer from Maine and a three-term state representative, David offers a great perspective in this role with a clear understanding of the initiatives that State Administrators need. His vision and leadership helped steer the company to developing solutions that streamlines every stage of the process from reporting to payment.

David comes from a long line of public servants with roots in Waterville, Maine where he was born and raised. After graduating from Colby College with a government major, David interned for his Senator in Washington, D.C. and later worked for the Senate Sergeant at Arms until returning home to staff Constituent Service offices in Maine.

In 1988, he graduated from the University of Maine School of Law and in 1998 was elected to serve the first of three consecutive terms in the Maine House of Representatives, representing Old Orchard Beach. In 2004 he was elected as Maine State Treasurer and was reelected in 2006 and 2008.

David and Karen live in southern Maine.  He has a son in the Navy, another son in the Marines and a daughter in high school. When David’s not working, he enjoys family game nights and almost any sort of outdoor activity.