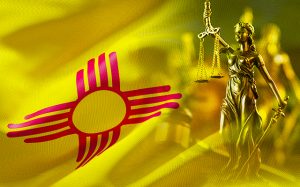 The excitement at Avenu is real and for very good reason. Avenu (unofficially) won New Mexico’s Statewide Jury Management System contract which means we will implement our solution across 46 counties in the next six months. When will it be official and what are next steps? Here are the details…

Earlier this week, the State of New Mexico notified our Justice team of their “intent to award” their Statewide Jury Management System contract to Avenu. Intent to Award means that we had the highest score based on evaluation criteria and that there are still a few standard i’s to dot and t’s to cross which are already in-progress and running smoothly. This is a normal procedure and there are not many roadblocks in our way. In laymen’s terms, “intent to award” means that Avenu won the contract (unofficially 😉).

We anticipate that final contract details will be completed shortly since New Mexico is eager to have their systems up and running in January of 2022.

The win is a result of continued excellence and teamwork among the Justice group. Keith Ellery, our GM, couldn’t be prouder and shared, “Being awarded the contract was not easy. We worked hard, every person gave 110% and delivered – that simple. The effort is a prime example of what Avenu is capable of accomplishing. The organization came together; BU, Sales, Marketing, IT, Legal, PMO, Finance and the list goes on…All supported by the Executive Team every step of the way.  Everyone was focused on a single goal, winning!  And who doesn’t like to win.  If you can’t tell, I’m excited.”

Congratulations to the entire Justice Team and all of those who played a part in this win! You made a difference!