Creative with a Deep-Rooted Passion to Serve – Meet David Milby 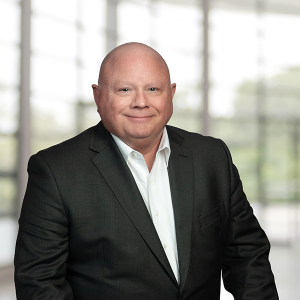 Client Success Manager, David Milby, may have a 20-year history with Unclaimed Property, but it is his lifelong passion of serving and providing a creative approach to finding solutions that makes him passionate about his job every day. David’s creative side appeared early with a deep interest in advertising and public relations. Even at the young age of four he would ignore shows on TV but yet stay glued to the set for all commercials. At 14 years of age, he served as a reporter for a community newspaper where he provided news about local school events. He also developed a love for photography and learned how to develop his own film and prints. (This of course is before the iPhone). He went on to receive his education at the University of Mississippi and Morehead State University where he majored in public relations with emphasis in advertising and a minor in political science.

Born and raised in Kentucky, David’s parents were community leaders whose mission in life was to serve others. This was ingrained early in David’s life and his first professional job was at the Kentucky YMCA where he worked for 10 years, ultimately as the Senior Region Director. In this role he promoted and directed leadership development programs for teens. These programs were so successful that he was tapped to design and implement the program in South Carolina as the first Executive Director.

He later transitioned to the National Association of Unclaimed Property Administrators (NAUPA) where he served as the Association Director for over 18 years. During this time, he played a pivotal role in protecting the states right to collect and return unclaimed property, especially during the revision of the Uniform Unclaimed Property Act. He also helped establish NAUPA’s first 5-year Strategic Plan which further defined their goals and objectives.

David’s career led him to Avenu Insights & Analytics where he unites all of his various talents of service, creativity and understanding of unclaimed property into one role as the Client Success Manager. He works directly with State clients to achieve their goals taking into account any budget or time constraints they may have. He works hard to find an effective solution that is just right for a particular state versus a one size fits all approach.

“That is a big part of why I came to Avenu,” shared Milby. “It was clear to me that the service and attention given to each and every client was much more than anything else I was seeing in the industry. I wanted to be a part of a team that worked together to serve their clients and treat them individually with their own unique needs.”

Each year states collect more unclaimed property and also return more. David is excited about Avenu’s solutions and making it easier for each client to reach their goals.