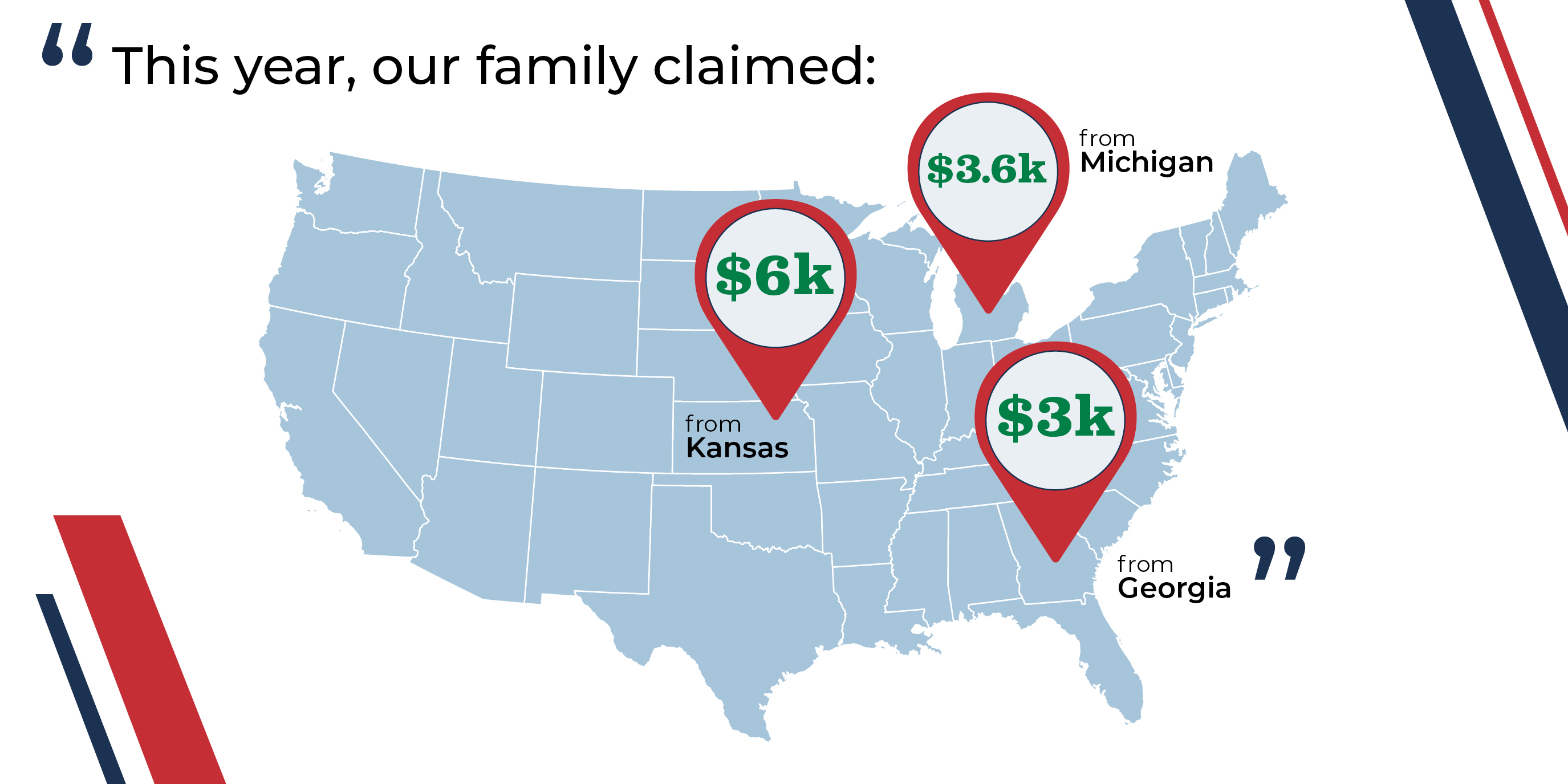 MissingMoney.com is Putting Money in the Pockets of Americans!

Americans are strapped for cash. Only 40% of Americans have enough money to pay a $1,000 unexpected expense from savings. We’re constantly looking for second jobs, and ways to bring in extra money. However, Americans are starting to realize there may be an easier way to put a little extra money in your pocket.

MissingMoney.com is a national search tool that works with 43 state treasurers to help citizens find and claim unclaimed property. You might be amazed just how much money people are receiving.

Recently, a New Jersey resident, Erin Fiorello, received $1,000 from the state of New Jersey. Imagine what you could pay off or the impact an extra $1,000 could have. She first realized she could claim money when a group approached her willing to help claim the money for a fee. With MissingMoney.com she found out she was owed $1,000 and pocketed the entire amount.

In Ohio, fair attendees were treated to a surprise. The state of Ohio reunited 553 fairgoers with $195,118.89 at the Ohio State Fair. Instead of a booth trying to get you to spend your money, this booth helped people receive an average of $350. That would brighten anyone’s fair experience!

U.S. News and World Report recently ran an article discussing some of the common types of unclaimed property available: former pensions and retirement plans, life insurance policies, bank accounts, unpaid wages, utility bills, etc. They also share the story of one person who was able to help his family.

“Steve Wiegenstein, an author in Columbia, Missouri, suggests visiting MissingMoney.com. “I recently found $178 from the state of Illinois that was owed to me as an unclaimed escrow return from the sale of a house that occurred nearly 10 years ago,” he says.

He adds that he then recommended MissingMoney.com to his daughter. “She found a utility refund from Iowa that dated back to her college years,” he says.

While every state has programs to return money to citizens, MissingMoney.com lets you search almost every state to see where you are owed money. After submitting a form, the money can be yours. This capability helped one of Avenu’s happiest recipients who found money in multiple states.

One recipient recently shared their experience with us through direct message. This message made our day. “This year, our family claimed: $6k from Kansas, $3k from Georgia, and $3.6k from Michigan.” Wow!

Take a moment today and search your name on MissingMoney.com and see what you could claim. Share this exciting news with your friends and family as well. They may love what they find!

Is Money Tight Right Now? Here’s Why Checking For Unclaimed Property Could Bring a Surprise