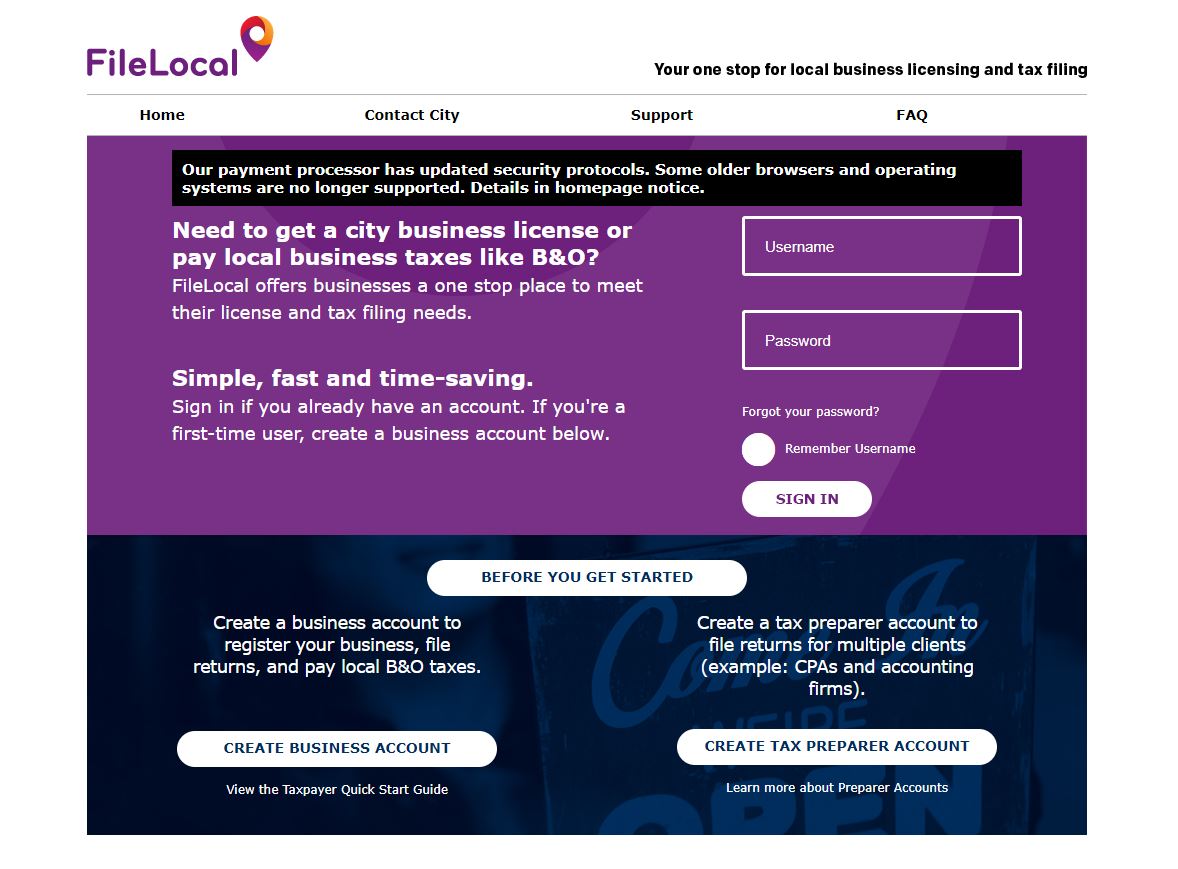 The GFOA award recognizes the creative success of the initiative and the foresight of its founding cities (Bellevue, Everett, Seattle, and Tacoma) in creating a simple single-stop portal through which businesses can handle all their general business license and local tax needs. The award is shared with FileLocal’s additional participating cities (Lake Forest Park, Bremerton, and Renton) and with the vendors that have contributed to its success.

“FileLocal is a prime example of inter-agency partnership as well as a lesson in how to leverage the private sector as a partner,” says Kevin Fitzpatrick, program manager at FileLocal.”

Key features for local businesses and tax preparers include:

“Years ago, several thought leaders in local government came together to envision a solution to tax collection in Washington,” says Paul Colangelo, CEO of Avenu. “From that nascent concept, the founding cities pushed for innovation and with FileLocal, we have delivered. Increasing numbers of businesses in and around FileLocal’s participating cities benefit from this solution that is ready to roll out further to include additional cities.”

FileLocal (also known as Washington Multi-City Business License and Tax Portal Agency) is a public agency formed as a nonprofit corporation as authorized by the Washington State Interlocal Cooperation Act. The founding cities were Bellevue, Everett, Seattle, and Tacoma, with Lake Forest Park, Bremerton, and Renton having joined in the last year. http://filelocal.org/